Welcome to the RTWO/OERO Stratford Branch!

Stratford Branch members attend from as far east as Shakespeare to Goderich in the west, from St Marys in the south to Milverton in the north.

We welcome all women in this area who have taught at any time in their lives – for any length of time and anywhere in the world.

We host three general meetings which take place on the fourth Wednesday in the months of September, November and April. As well, a variety of groups meet more regularly according to the interests of our members.

Please view our 2020-21 program for more information and our Covid guidelines. During Covid 19, we have moved to a number of Zoom gatherings for  activities and general meetings.

Our chosen charity, the Emily Murphy Centre in Stratford, provides second stage housing and assistance for women and their children who find themselves in distress. The donations we bring to the Centre are always warmly welcomed.

Our branch can be contacted at rwtostratford@gmail.com

All executive members can be reached by contacting rwtostratford@gmail.com

Your message will be forwarded to the appropriate person. 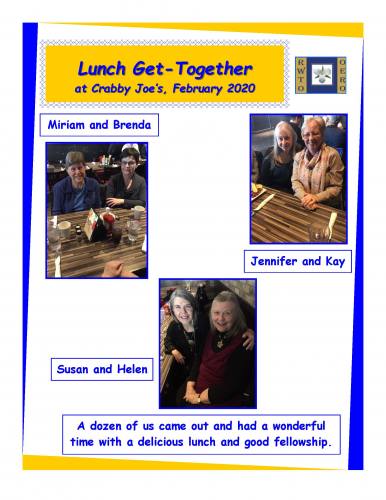 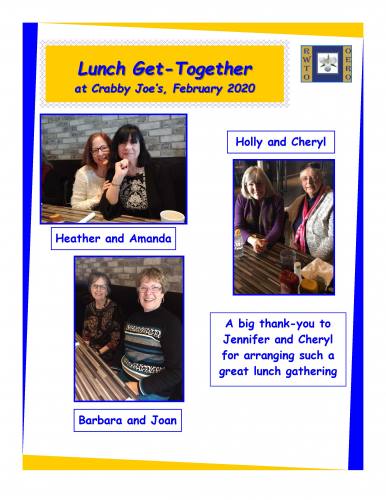 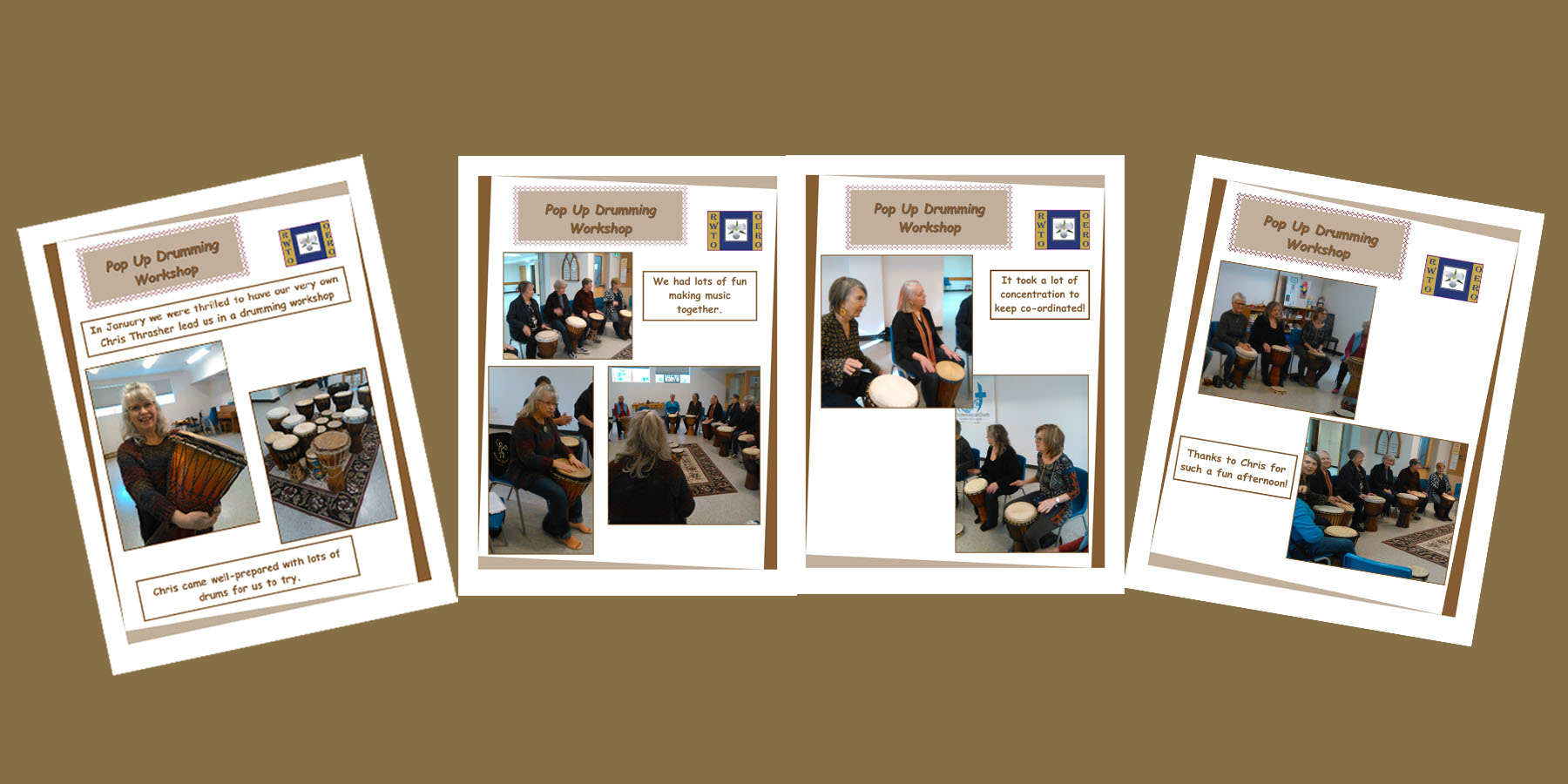 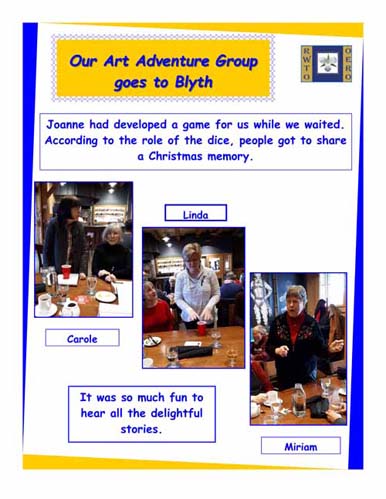 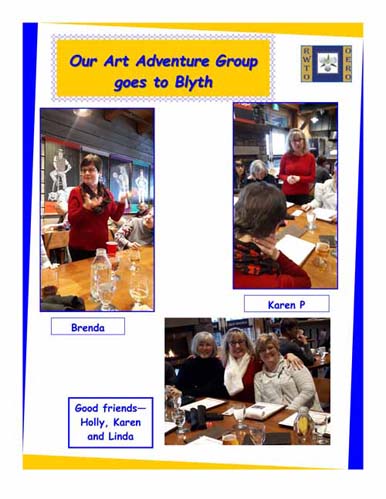 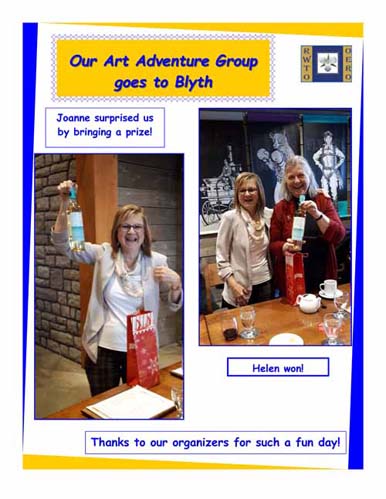 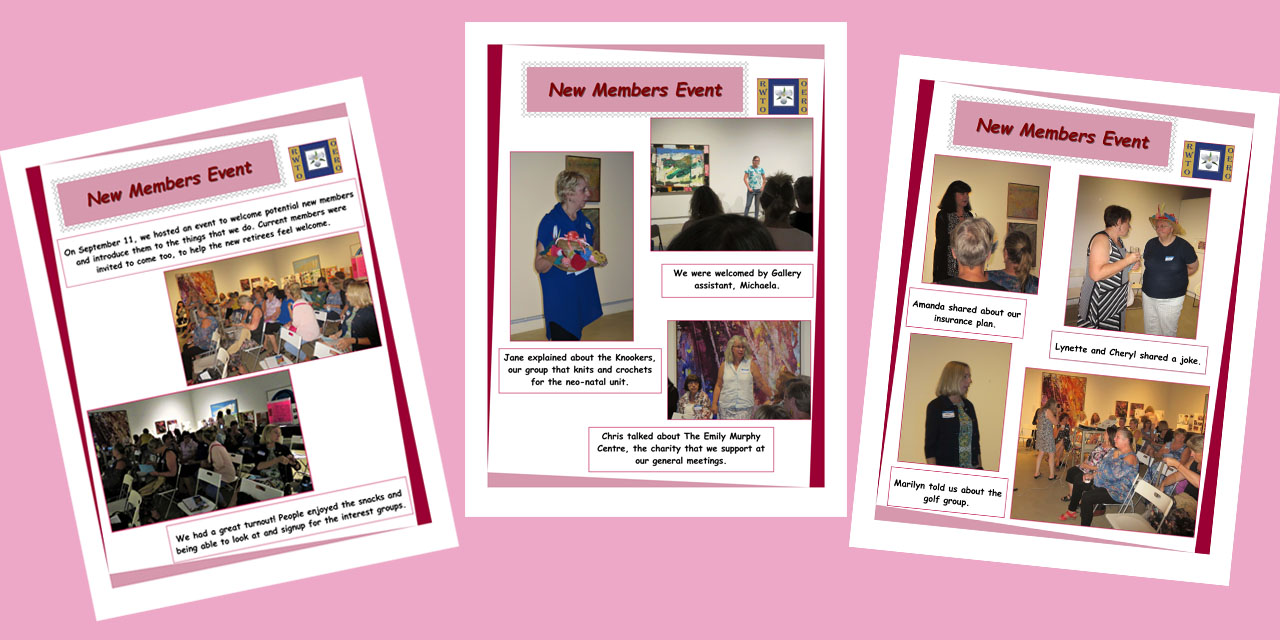 Alice Is Back To Hub Club 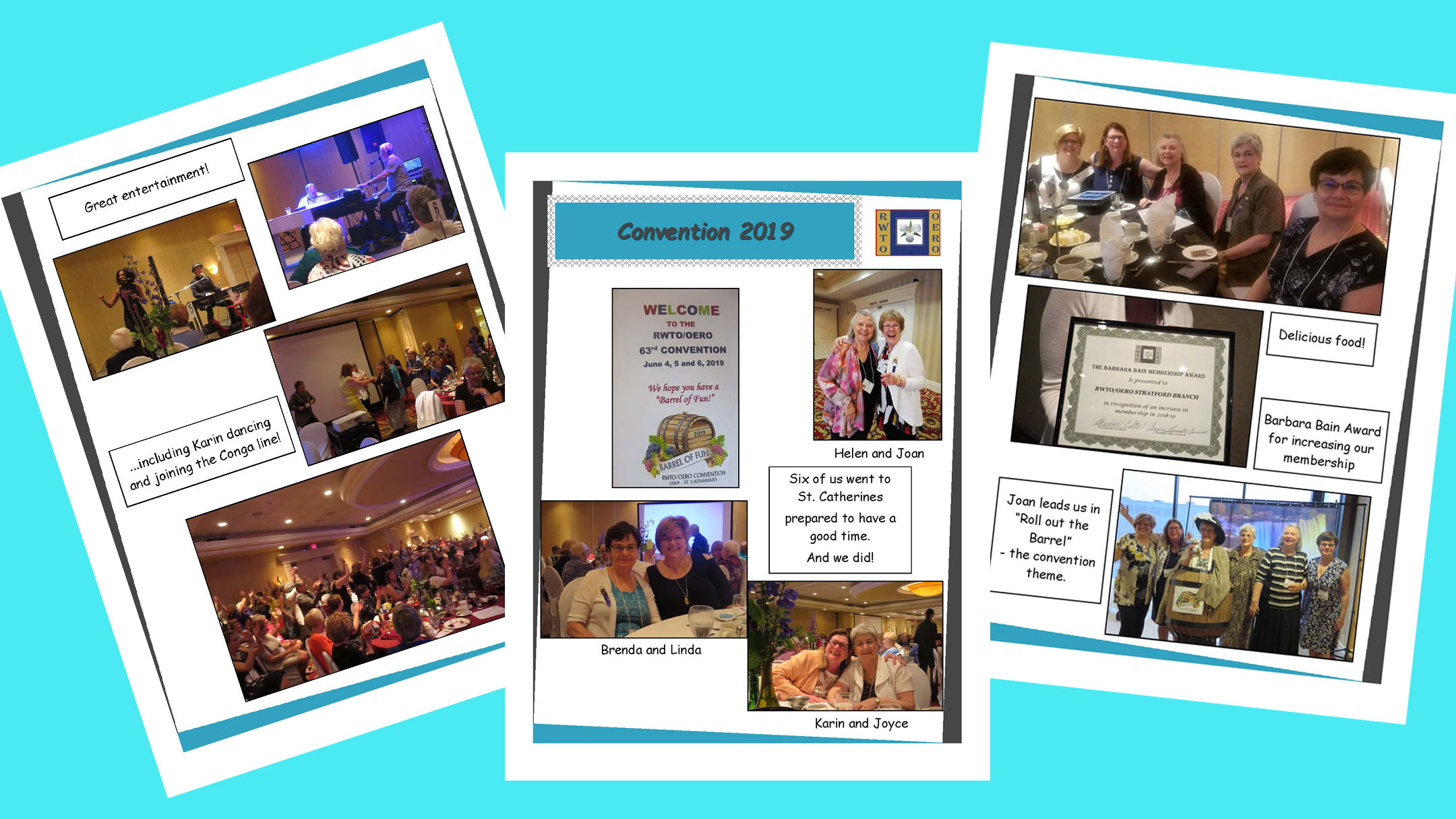 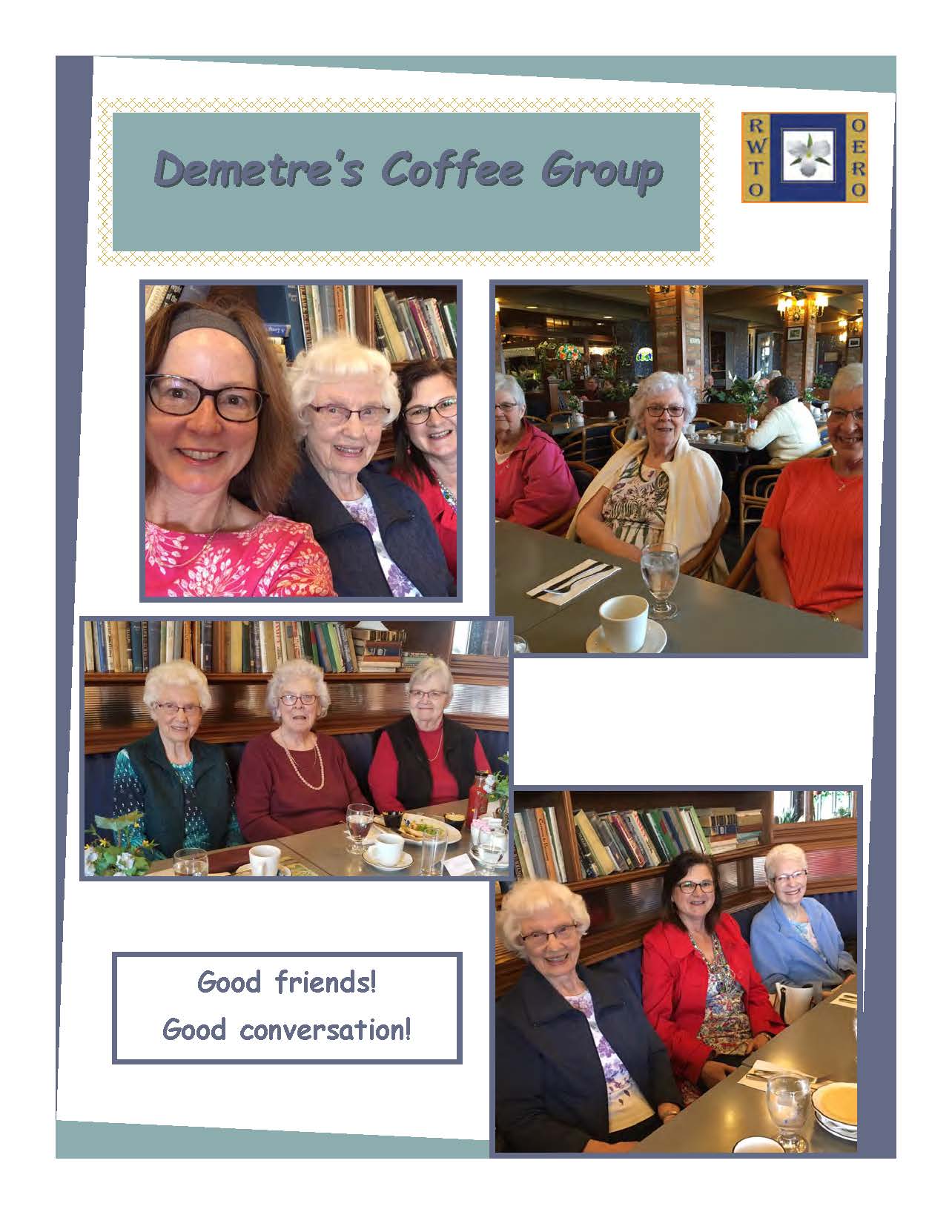 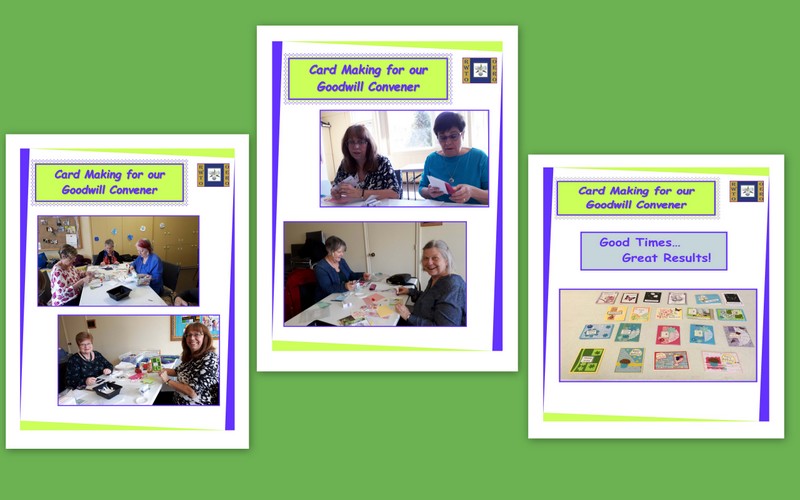 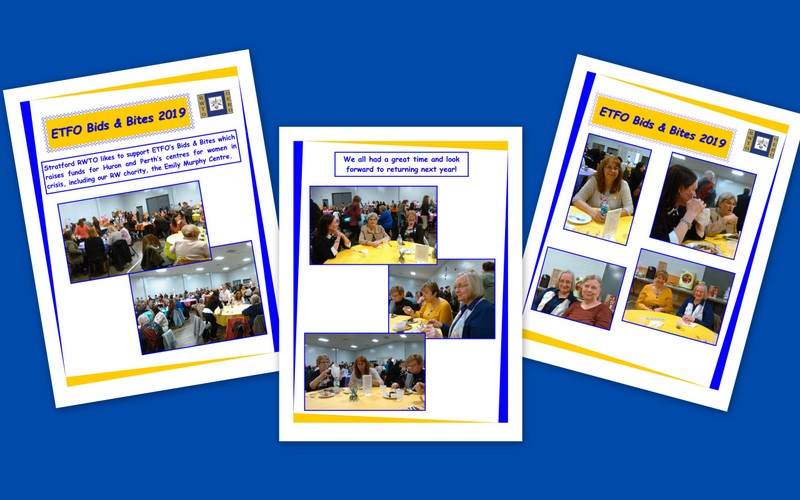 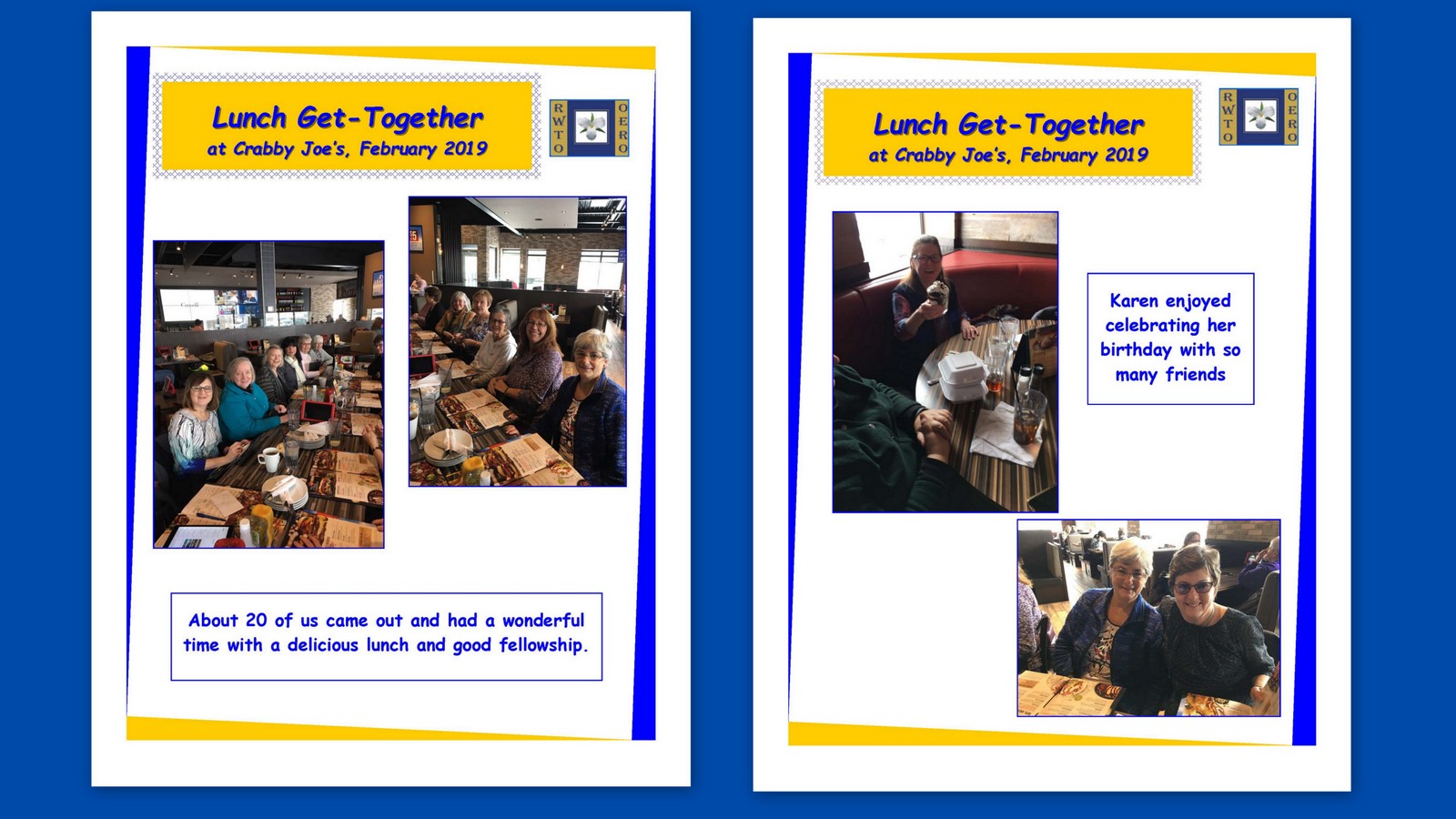 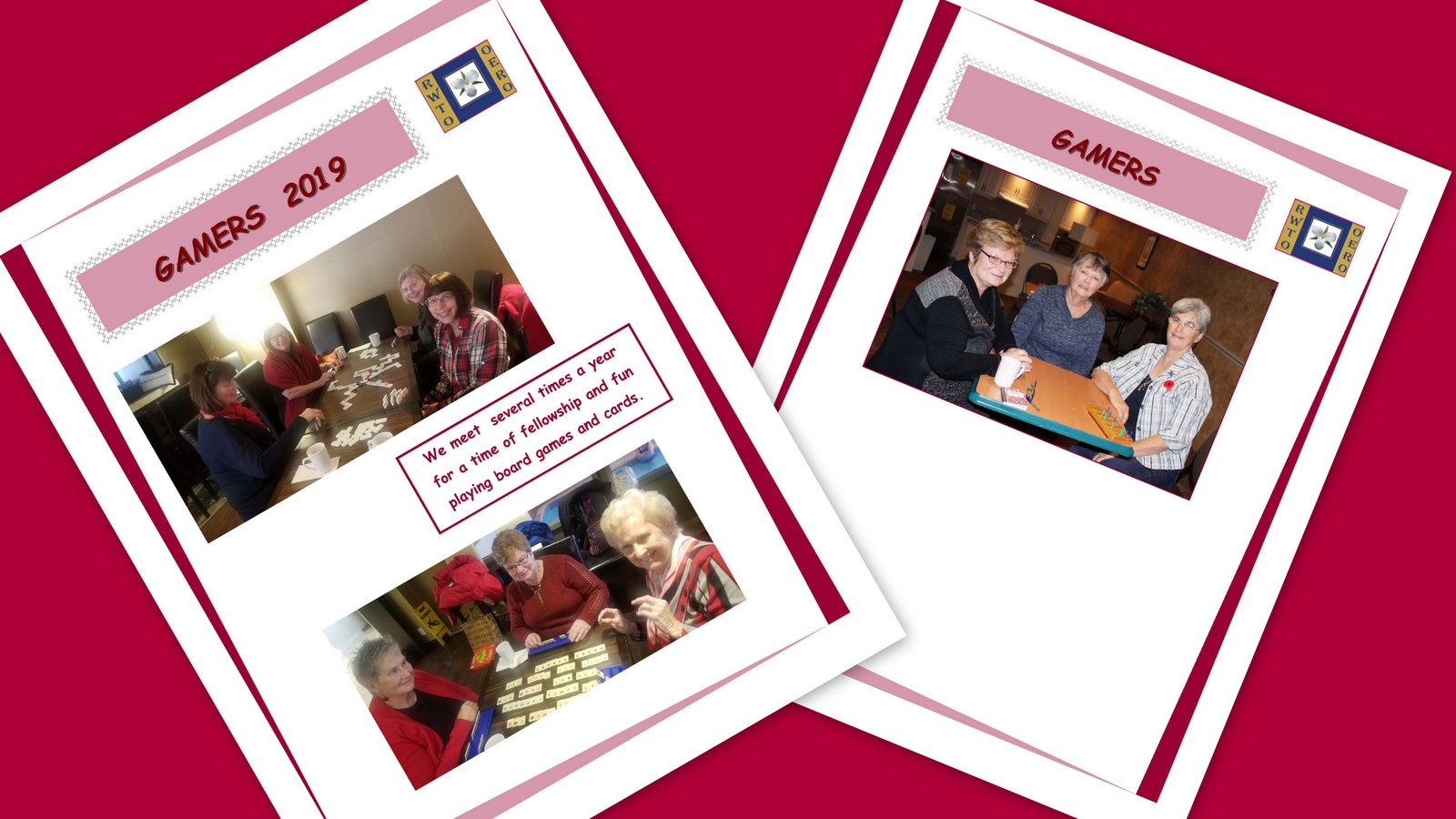 To view all the photos and information click on the link below: 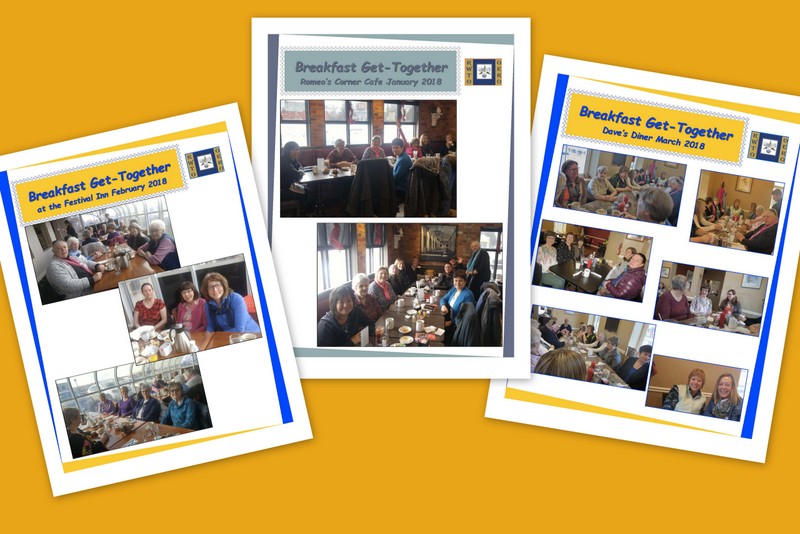 To view all the photos and information click on the links below:

January Breakfast Get Together

February Breakfast Get Together

March Breakfast Get Together 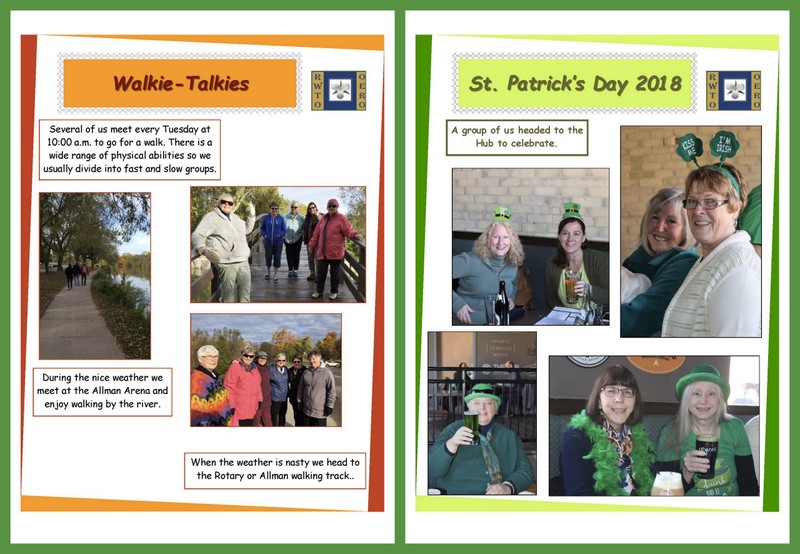 To view all the photos and information click on the links below: 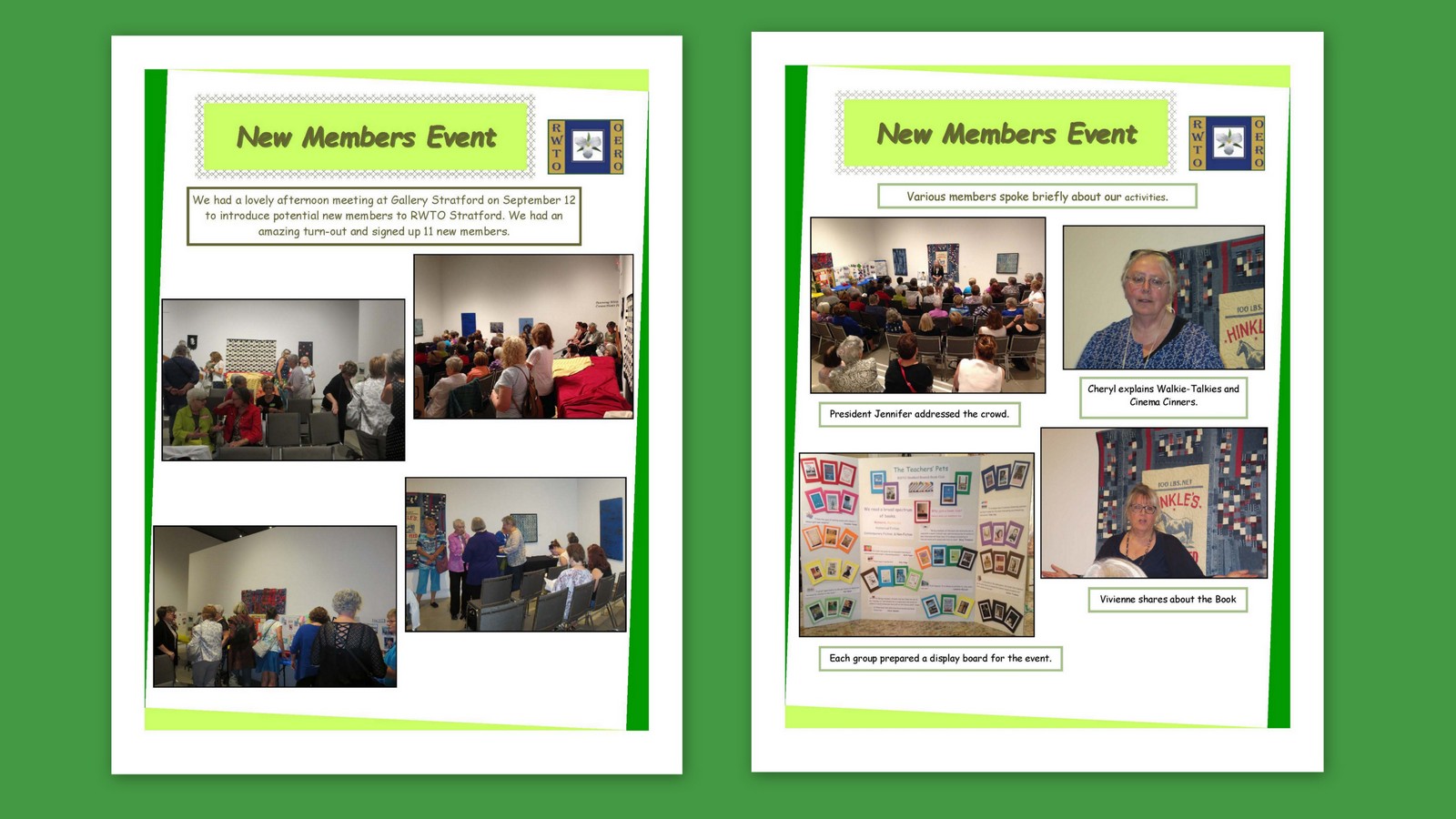 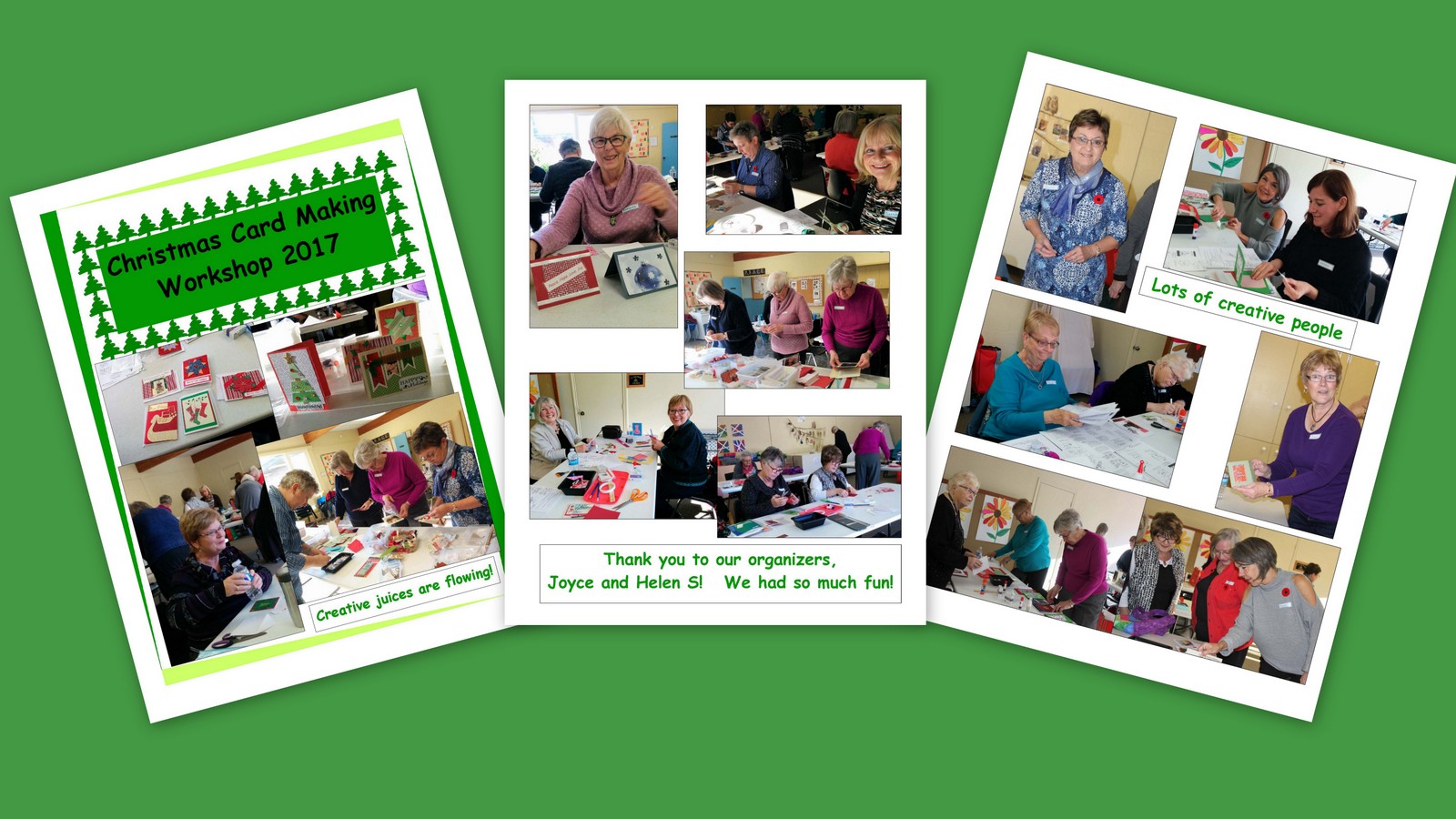 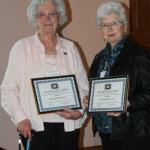 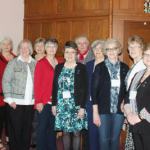 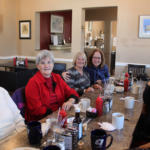 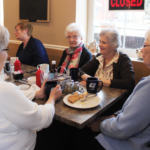 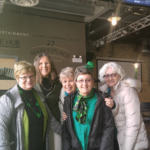 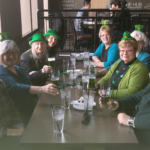 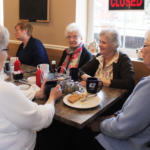 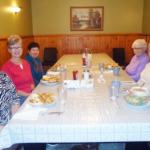 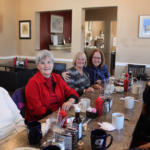 Click on the title above to open the file.

The Stratford Branch is an active group who love to get together. Our Walkie-Talkies walking group and the Hub Club meet every week. We have a coffee get together twice a month. Our lunch group, the Teacher’s Pet Book Club, Knookers and Cinema Cinners meet once a month; and a Gamers group and other whole group activities occur several times a year. Our permanent charity is the Emily Murphy Centre for which we collect groceries and personal products at our General Meetings three times a year. A monthly notice keeps members informed about all of these opportunities.

For more information about our Food Drive please click these words.

Helen Marie Anderson (nee Thomson) passed away on Sunday, August 9, 2020 at Stratford General Hospital in her eighty-ninth year. Born in Blanshard Township, Helen was the beloved wife of the late Stewart A Anderson (2013) for 58 years. Together they operated Athlone Farms on Concession 4/5 of South Easthope Township, retiring to Stratford in 2003. 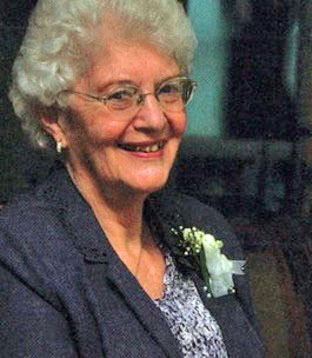 Helen was the loving mother of Brian (Wendy) of Athlone Farms, and Douglas (Vicki) of Orillia. Cherished grandmother of Heather Peters (Dennis), Amber, Alexander, Marc (Stephanie), Christopher (Kayla) and Eric (Brenda). It was Helen’s great joy to be great grandmother (GG) to Hailey and Elliott Peters, who adored her in equal measure.

Helen is survived by her dear sister, Marion Urquhart as well as many nieces, nephews, family and friends.

Besides her parents, Purves and Christena Thomson of St Marys, Helen was pre-deceased by her brothers-in-law, Roger Urquhart and Ronald Fuhr and her sister-in-law Mary (Anderson)Fuhr.

She and Stewart enjoyed travelling with family and friends to many locations throughout North America and around the world.

Lauretta Marie Wheatley, age 80, of Stratford and formerly of Simcoe, passed away peacefully following a brief illness at the Stratford General Hospital on June 20, 2020. Born in Stratford, January 4, 1940, daughter of the late George Wheatley and Helen (Welch) Malcho. 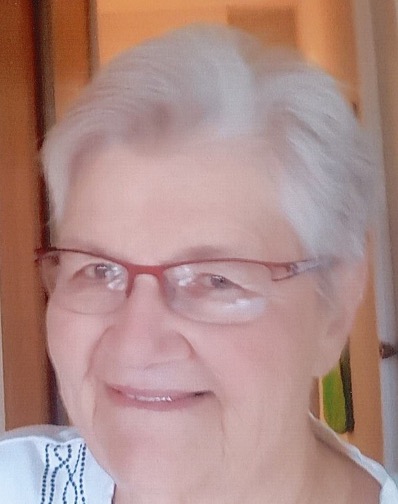 Lauretta taught school in Norfolk County for 35 years until her retirement when she moved back to Stratford. She was a member of St. Paul’s Anglican Church and volunteered much of her time with the Stratford Perth Humane Society and Anne Hathaway Retirement Residence. Lauretta was a member of The Retired Women Teachers of Ontario.

Visitation for family and friends will be held at the W.G. Young Funeral Home, 430 Huron Street, Stratford on Friday, June 26, from 2-4 p.m. Masks are required and will be available at the funeral home. A family graveside service will take place at Avondale Cemetery. As expressions of sympathy, memorial donations may be made to the Stratford Perth Humane Society through the funeral home. 519.271.7411 www.wgyoungfuneralhome.com

Patricia “Trish” Maureen Brooks, age 70, of Stratford, passed away on Sunday, May 31, 2020 at Stratford General Hospital. Born in Stratford, daughter of the late James and Owna (Sewell) Brooks. Loving and proud mother of Natalie (Steve) Miller and Candice Kennedy. Cherished grandmother of 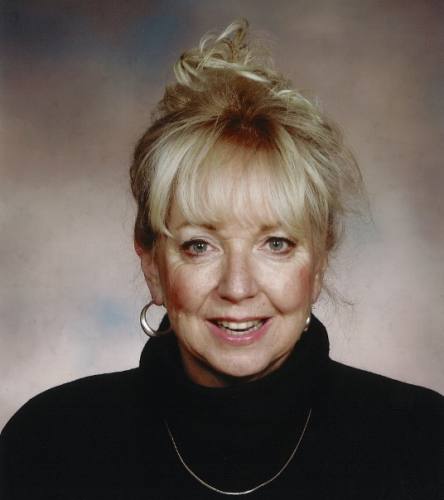 Sydnie, Nolan, Emersyn and Joshua. Much loved sibling to Jim (Yvette) Brooks, Lynn (Garry) Ransom, Marion (John) Lott, Deb (Keith) Adair, Lori (Don) Taylor and her many nieces and nephews. Dear friend who will be missed by many. Once Trish graduated from high school, she went to The Stratford Normal School (1969) to become a school teacher. While she taught full time, Trish attended night school at Wilfred Laurier University where she attained her BA. Trish began her teaching career at Sprucedale Public School before settling into her career as a teacher at St. Michael’s, St. Ambrose and St. Patrick’s, Kinkora in the Huron Perth Catholic District School Board where she eventually retired (2001) after 32 years. During her time with the Catholic board she was an active member of OECTA and Retired Teachers Association for many years. Trish had many passions. Her love for travel had her cruising and touring all over the world, spending most of her summers in Britain and Europe.

Trish’s passion for travel led her to become an outside travel agent for Fettes Tours for many years allowing her to share her knowledge and thirst for adventure with others as she guided them from country to country. After her retirement, she became a tour guide for Cherrey bus lines. Trish also took an active role on the committee of Stratfords of the World – Sister Cities.

Judith (Judy) Marie Tye, age 65, on August 9, 2019 received medical assistance in dying after a short battle with lung cancer. Judy is survived by her husband of 45 years, Allan, her daughter Emily Rivers (Wyatt), her grandchildren Delilah and Felix, and her son Tristan Tye (Michelle). She is also survived by her sisters Kathryn Honsberger (Rick) and Susan Ukroenz (Michael), as well as by 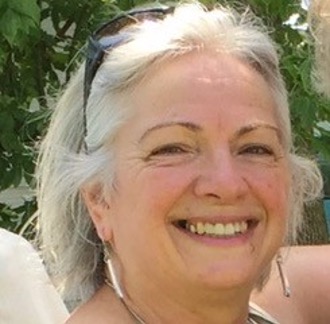 several nieces and nephews. Judy was predeceased by her parents, Chris and Dorothy Patterson.

Judy was a proud teacher librarian in the former Lincoln County Board of Education, the East York Board of Education, and the Toronto District School Board. She also worked as the Resources Coordinator for the Canadian Children’s Book Centre, a position that she particularly enjoyed.

In 2010 Judy and Allan retired to their favourite city, Stratford. During her teaching career Judy was always active in volunteer work, especially serving on boards of directors for non-profit organizations. She continued her volunteer work during her retirement, most recently serving on the board of the Stratford Symphony Orchestra. During her retirement Judy also had a business, Judy Tye Arts Management.

There will be no funeral; however, there will be a celebration in the near future. Judy would be extremely pleased to know that any donations made in her name would be to the Stratford Symphony Orchestra on www.canadahelps.org. She was passionate about helping this fine orchestra until the end.

Margaret Edith Lorraine Mountain, born April 7, 1918, passed away peacefully on August 31, 2020 at the home of her daughter Bonnie (Brock) Hueston near St.

Marys. Margaret was predeceased by her son Jo on July 4, 1969, and her husband Bob on March 18, 2000. Survived by three children, seven grandchildren and 17 great- grandchildren: Marilyn (John) Herman and family; Chantelle (Peter) Marshall – Keegan, Kiana, and Liam Melanie (Michael) Dodds – Meredith, Adam, and Catherine, Sean (Carla) Robinson – Ryder and Addison. David (Lenora] Mountain and family; David John (Robin) Mountain – Jo and Will, Karen (Stephen) McGinnis – Alexandra (Martijn) Bertens, and Jakob. Bonnie (Brock) Hueston and family; Angela (Velos) Christou – Elijah, Lily, and Clara, Jenny (Patrick) Ford – Francis and Willa. Also survived by sister-in-law, Eileen (John) Mountain and many nieces and nephews whom she dearly loved. One of Margaret’s favorite times was her annual Christmas get together for the “cousins” which she hosted most recently in December of 2016. Family was the cornerstone of Margaret’s life. Her unwavering sense of values have been evident in the beautiful home she provided, in her constant and “proper” dress and demeanor, and in her approach to life: “Always look forward” “Always be kind” and “if it’s not nice, don’t say it.” Margaret’s values also held true in her 30 year career as a teacher. Many students will attest to her toughness as a teacher with the follow up that she prepared them well for adulthood. Margaret’s memories of her many students were very clear and remarkably she remembered their names. Most of her career teaching was at S.S. 9 Downie and at Downie Central School. Since her retirement in 1981 Margaret faithfully attended RWTO [ Retired Teachers of Ontario] meetings which she thoroughly enjoyed. Until the age of 97 she drove to the meetings taking others along. Thanks to Dianne Kierney she continued attending until after she celebrated her 100th birthday. Bob and Margaret were faithful members of the Avonbank United Church until its closure in 1968 after which they joined St. Marys United Church. Bob was an Elder and Margaret took an active role in the WMS\UCW at both churches for over 40 years. The last 20 years saw Margaret expanding her horizons, joining Aqua fit classes at the Pyramid Centre and meeting new friends. The Tim Horton’s morning “bunch” became her source of happiness as they included her in their morning get-togethers. Betty McCurdy and Margaret Spearin became her steadfast friends. During this past July, thanks to the wonderful caring Doctors and staff of St. Marys Memorial Hospital all of the family were able to visit her as she sat in comfort on her bed with her arms clasped around her knees, sharing memories, asking questions and generally “holding court”. From “Tom Boy” walking the beams in the barn, to young teen child care worker for a prominent Toronto family (every summer throughout her high school years), to stellar athlete on Toronto baseball and basketball teams, to being a teacher for over a quarter century, to the wonderful wife, mother, grandmother, great- grandmother to her family, Margaret can be said to have lived a full and well lived life. There will be a private family service of celebration. As tributes, donations can be made to Avonbank Community Church. Online condolences at www.hodgesfuneralhome.ca.